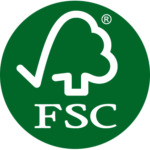 bustebiemme has obtained the FSC® certification as a voluntary choice, proving, with a valid tool, its entrepreneurial commitment towards the environment and the protection of ethical and social values of forests.To know more

FSC® is a Non-Governmental International and nonprofit Organisation that practices the principles of a responsible development.
An FSC-COC (Chain of Custody) certified organisation provides the opportunity to certify any cellulose communication material, not only with the FSC® logo and brand (Forest Stewardship Council®).

TRACEABILITY OF MATERIALS
This way, the FSC-COC® Certified Organisation guarantees the traceability of the materials that are used (wood and wood derivatives like paper) and identifies all the steps from the forest to the final user, including intermediate stages of production, transformation, finishing and distribution.
Thanks to the FSC® label, printed products have a high distinctive and guarantee value increasing the reputation of those who have chosen a virtuous printing process consciously.

BENEFITS
Commitment towards development:
The advantages of the FSC® certification can be described briefly based on two views: the first towards the customer that, choosing FSC® cellulose products, contributes to the safeguarding of the planet’s forest resources; the second concerns the internal documented control system that contains a specification of the incoming raw material and of the products leaving the factory, the procedures, and responsibilities highlighting all stages of the FSC® product processing.

INNOVATION:
The products with the FSC® brand ensure the final user that the wood and/or wood derivatives like paper come from forests that are managed in a correct way from an environmental point of view, i.e. the use of these raw materials tends to maintain biodiversity, productivity and ecological processes of forests, from an ethical and social point of view guaranteeing the rights of the people, from an economic point of view, ensuring a correct productivity and profitability of products from properly managed forests. bustebiemme uses HD or PLT bags with a width provided by the enforced standards for food and non-food use.

Gazzetta Ufficiale issue 71 of 24 March 2012
LAW 28 OF 24 MARCH 2012. Conversion into law, with amendments to the decree law 2 of 25 January 2012, concerning extraordinary and urgent measures in environmental matters. (12 Ago049).
Article 2 is replaced by the following:
«Art. 2 (Provisions concerning the marketing of bags
for the transport of goods in the respect of the environment).

THE TERMS
Provided by Article 1, paragraph 1130, of Law 296 of 27 December 2006, as amended by Article 23, paragraph 21-novies, of Law Decree 78 of 1 July 2009, converted, with amendments, by Law 102 of 3 August 2009, for the scopes of the prohibition to market bags for the transport of goods, is extended until the adoption of the decree of which at Paragraph 2 limited to the marketing of disposable bags for the transport of goods made with polymers compliant with the harmonised standard UNI EN 13432:2002, according to certifications issued by accredited institutions, of those that can be used again and made with other polymers with an external handle for the usable size of the bag and a width above 200  microns if intended for food use and 100 microns if intended for other uses, of those that can be used again and made with other polymers that have an internal handle for the usable size of the bag and a width above 100 microns if intended for food use and 60 microns is intended for other uses.
– 2
Without prejudice to paragraph 1, with a non-regulatory decree adopted by the Ministers of the Environment and the Protection of the Territory and of the Sea and Economic Development, having heard the relevant parliamentary committees, as notified by the European Union, to be adopted by 31 December 2012, in accordance with the hierarchy of actions to be taken for waste treatment, as provided for in Article 179 of the Legislative Decree 152 dated 3 April 2006, any technical characteristics may be identified for the purpose of their marketing, including provisions for forms of promotion of the modernisation of existing installations and, in any case, the information to consumers without new or greater public finances.
– 3
To facilitate the reuse of plastic material from differentiated collections, bags made of polymers non-compliant with the UNI EN 13432: 2002 standard must contain a recycled plastic percentage of at least 10% and 30% for those for food use. The percentage of which at the previous period can be annually raised by decree of the Ministry of the Environment and of the Protection of the Territory and of the Sea, having consulted with the National Consortium for the collection, recycling and recovery of plastic packaging waste – COREPLA and the producers’ associations.
– 4
From 31 December 2013, the marketing of bags non-compliant with the provisions in this Article is punished with a pecuniary administrative sanction consisting in the payment of a sum from Euros 2,500 to Euros 25,000 increased up to four times the maximum if the violation of the prohibition concerns large quantities of bags foe transport or a value of goods above 20% of the offender’s turnover. The sanctions are applied under Law 689 of 24 November 1981. Notwithstanding the above, regarding the powers of assessment of officers and judicial police officers under Article 13 of Law 689 of 1981, the administrative police bodies provide for the investigation of the violations by office or under complaint. The report provided by Article 17 of Law 689 of 1981 is submitted to the premises of the chamber of commerce, industry, crafts and agriculture of the province in which the violation was established».
Article 3 is replaced by the following:
«Art. 3 (Authentic Interpretation of Article 185 of Law Decree 152 of 2006, Provisions on Landfills Matrices and Additional Provisions on Waste). - 1. Without prejudice to the regulations on the remediation of contaminated soils, the reference to the “soil” contained in Article 185, paragraph 1, letters b) and c) and 4 of Legislative Decree 152 of 3 April 2006 are also interpreted as referring to the landfill material matrices used in the Directives referred to in Annex 2 to Part IV of the same Law Decree.  2 For the purposes of this Article, “landfill material matrices” means heterogeneous materials as regulated with the Article 49 of Law Decree 1 of 24 January 2012, used for the realisation of landfills that cannot be assimilated for geological a stratigraphic characteristic for the in situ soil, within which strange materials may be found.  3 Until the date of entry into force of the decree referred to in paragraph 2 of this Article, the landfill material matrices that are in the soil of which at Article 185, paragraph 1, letters b) and c) and 4 of Legislative Decree 152, and subsequent amendments, are considered as by-products only if there are the conditions of Article 184-bis of the mentioned Legislative Decree no. 152 of 2006.  4. Article 240, paragraph 1, letter a) of Legislative Decree 152, after the word: “soil”, the following are inserted: “landfill material”.  5. Article 264 of Legislative Decree 152 of 3 April 3 2006, the following is added after paragraph 2:  ”2-bis. The additions and amendments to the annexes to the waste management and remediation regulations of the polluted sites of this decree are adopted by decree of the Minister of the Environment of the protection of the territory and of the sea, in agreement with the Ministry of Health and the Minister for Economic Development, pre-eminent of ISPRA, having heard the unified conference referred to in Article 8 of Legislative Decree 28 January 1997, No 281  6. In Annex D in Part IV of Legislative Decree no. 152 of 2006, point 5 is replaced by the following:  ”5. If a waste is identified as a hazardous through a specific or general hazardous substance reference, it is classified as dangerous only if the substances reach specific concentrations (for example, weight percentage), such as to confer to the waste at issue one or more of the properties referred to in Annex I. For the characteristics from H3 to H8, H10 and H11, of which at Annex I, the provisions of point 3.4 of this Annex apply. For the characteristics H1, H2, H9, H12, H13 and H14, referred to in Annex I, the Decision 2000/532/EC does not provide for any specific specification at present. In the more recent adoption by the Ministry of the Environment and of the Protection of the Territory and of the Sea, of a specific decree establishing the technical procedure for the attribution of the H14 feature, having consulted with ISPRA, this feature is attributed to the waste according to the ADR Agreement procedure for Class 9 – M6 and M7.»

bustebiemme an identity with all Italian values.
Comparing with different cultural models has allowed us to open towards new customers, but we are determined to be faithful to our identity

MADE in ITALY is an expression of excellence in Italian production.
100% Made in Italy products are designed, planned, manufactured, and packaged exclusively in Italy. The safeguarding of Made in Italy crosses the supply chain too.
What makes this expression, which has become over time a real brand, famous is the quality that characterises Italian craftsmanship and industrial excellences, words that are reason for pride for every Italian Producer.
Discover our products, our offers, by requesting 100% Made in Italy products. 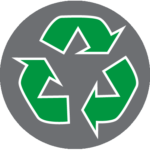 Obviously, our product line had to include a recycled paper collection.
Bags for an ecological shopping in 100% recycled paper.
Elegant, ecological bags, available with a curved and flat handle with recycled certified paper.
Numerous customisation options, contact us for a quote or to know more.

Our website uses cookies to offer you a better browsing experience. Cookies allow us to count visits anonymously and do not allow us in any way to identify you personally. Learn more by clicking on More info and discover how to reject cookies, in part or in total. If you scroll the page or continue the navigation you accept the usage of cookiesOkRead more